After recently experiencing really bad stuttering with F355 as I had mentioned previously, Sal from Racing Red was good enough to come out and give the car the once over.

Plugging the diagnostic computer into the ECU didn’t reveal any issues with the engine. Also, at start up the car performed without fault. This was not unexpected as the issue only manifests itself when the engine gets hot. Thus, the car was allowed to stand and warm up but again the computer did not highlight any faults, there was are little bit of a ‘burble’ but it seemed clear that the only way the problem that the full extent of the problem returning was going to be taking the car out for a run.

Based on my reported symptoms, Sal believes that issues lie with the angular speed sensors that basically tell the engine management what position the cylinders are in so it can manage the fuel delivery. It is suspected that when the car gets warm one or both (there are two) are faulty. So, the solution is to get two new sensors and replace the existing ones. That will mean a delay of a few weeks while the parts are sourced and then a return trip for the change over.

I offered to take the car to his workshop but there is a good chance the car will start stuttering badly again as it warms up on the trip across down town. There is also a good chance that car would breakdown, which wouldn’t be fun at all. There is also a good chance that the fault could cause additional damage to the engine, which would be even worse. So the decision was to leave the car as is and repair in place when the parts arrive. Makes it a little tough on Sal to work on the car in place rather than in the workshop, but he is willing to do that for me and for that I again can’t say thanks enough.

Not much more that can be done for now so I thanked Sal, told him to order the replacement parts and bade him farewell. I then started doing some research. 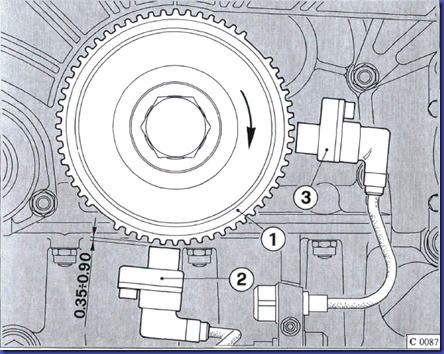 The sensors in question are the ones shown above (162916 – Angular Speed Sensor). Item 1 is the Tooth Wheel, item 2 is the sensor for cylinder bank 1-4 and item 3 is the sensor for cylinder bank 5-8. Given the fact that the ‘Slow Down 5-8’ warning light came on last time I’d be putting my money on item 3 being the one that is faulty, however both should be replaced as suggested. 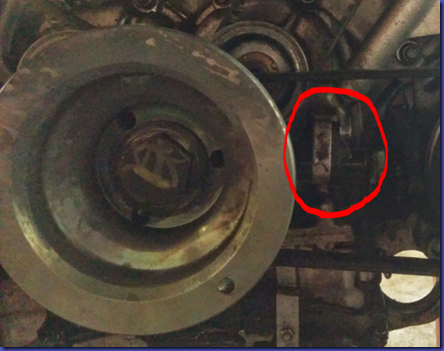 You can just make out item 3 from the above photo I took from the front of my engine when it was out for service a while back. 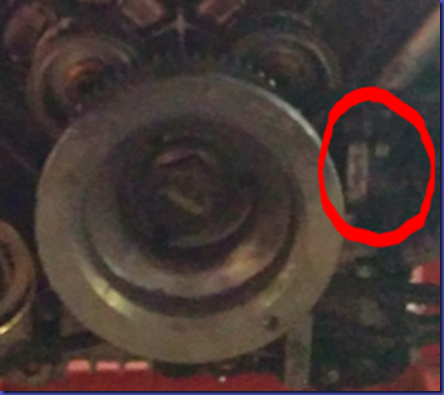 You can also just make out the tooth wheel and timing teeth in the above shot. 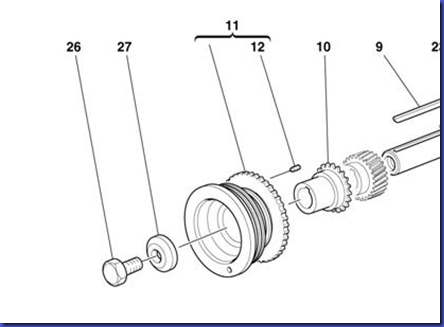 Here’s the exploded view of the tooth wheel that lives in the drive shaft.

This a variable reluctance type sensor which generates an electrical signal to show the movement of the teeth of a 60 teeth – 2 teeth gear wheel fitted to the drive shaft.

The absence of two teeth on the toothed wheel allows the top dead centre of the cylinders to be detected.

The ECU counts the number of pulses corresponding to the teeth on the wheel to establish the next instant when the half frequency signal will be expected, in order to recognise any interference.

The ECU recognises the timing by analysing the two signals and injects fuel with a certain advance with regard to the opening of the inlet valve of cylinder number 1.

Once the system has recognised the TDC (top dead centre) corresponding to the intake stroke of cylinder number 1 the ECU injects fuel into the other cylinders in accordance with the pre-set firing order.

The timing sensor is therefore no longer analysed unless the ECU loses its synchronization after interference etc.

If the ECU loses it synchronization it analyses the timing sensor signal again in order to re-establish the correct fuel injection in order in relation to the intake phases of the various cylinders.

The last paragraph made me stop and think a bit. Basically, it is saying once the ECU is synchronised it doesn’t refer back to the sensor. So, as my car starts and runs fine initially wouldn’t that mean the ECU is synchronised? Wouldn’t that means that the ECU would never have to refer back to the senor once the engine is running, even when hot? This makes the assumption that the ECU maintains synchronisation adequately after an initial reading which is probably incorrect. It may well be the case that once the engine warms up the ECU need to resynchronise with the sensor again, but at temperature the sensor currently provides a faulty reading that causes the ECU to feed the fuel incorrectly into the cylinders.

I’ll have to see if I can find out how often the ECU does need to synchronise with the sensor but this is my guess as to what is happening. Basically, the hotter the engine gets the ‘faultier’ the reading from the angular speed sensor becomes. Thus, when the ECU does need a reading from the sensor to re-synchronise, it gets a faulty reading, feeds fuel into the engine incorrectly and causes it to stutter. This is what the problem really ‘feels’ like from behind the wheel. It certainly ‘feels’ more about fuel than anything else. 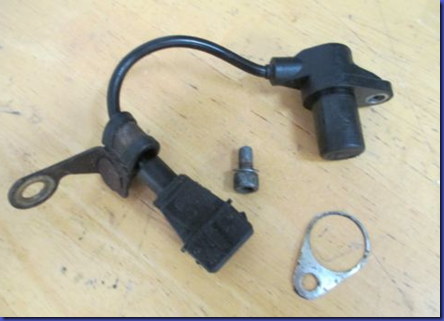 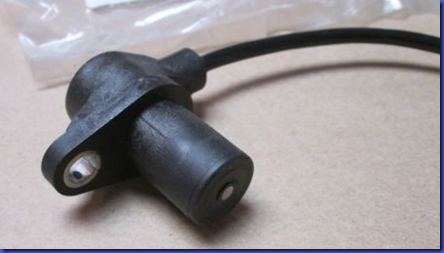 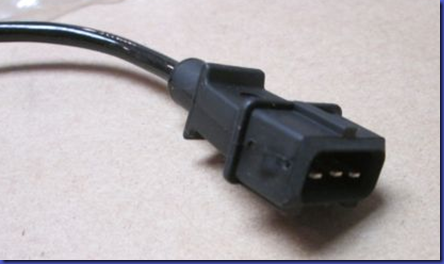 So, the above shots show what the angular speed sensor looks like in close up. I’ll be needing two of these which will hopefully fix the problem. The only issue now is I have to wait for the actual parts to come in.

I’m going to try my sources and see what the cost of new sensors are and how quickly they can be delivered. There is of course the option of using second hand parts or equivalent (apparently KIA has ones that work just as well according to this), however Sal’s advice has always been “if you are going to replace something electrical or a senor, then it is best to get new parts” and I agree, so that’s going to be the course of action at this stage.

Stay tuned for further updates on getting the F355 back on the road.