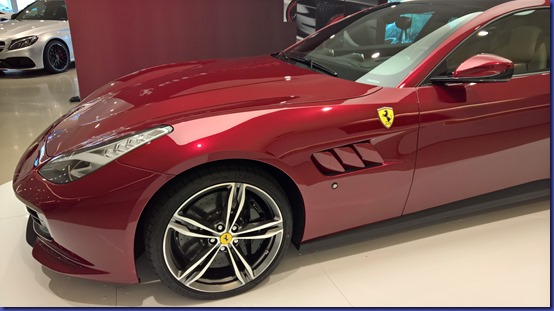 On a rain soaked afternoon there is no better place to head than to the local Ferrari dealer for some coffee and cars, specifically the new GTC4Lusso. 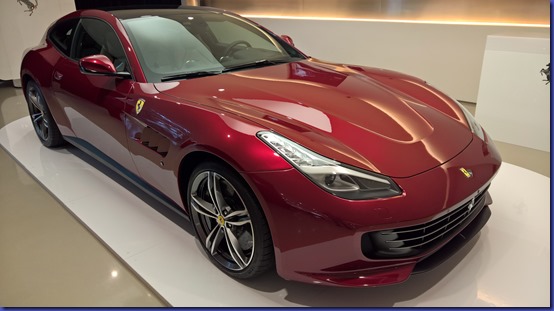 This model is the replacement to the ground breaking FF which combines a clever all wheel drive system with a V12 like that from the F12. 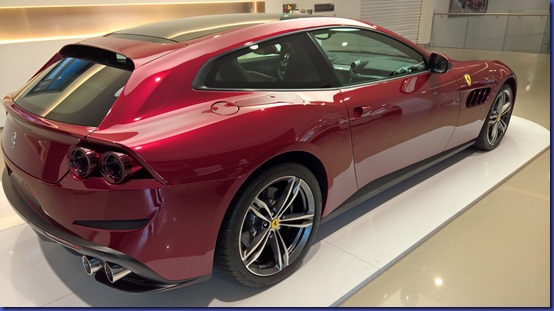 The GT4Lusso has the front styling from an F12 but seats four as well as having ‘boot storage’ via a hatchback in the rear. 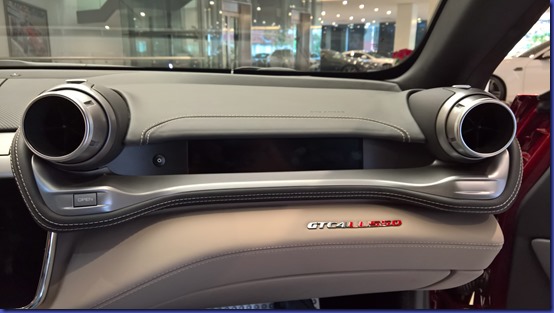 Personally, I really like the internal styling where the passenger gets their own display readout. 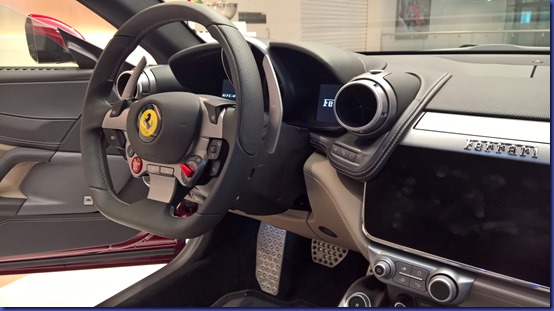 The driving position is a comfortable place to be. 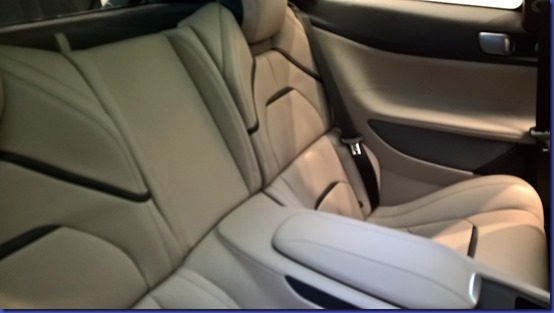 The rear is also quite luxurious however probably doesn’t have the leg room of a more ‘traditional’ hatchback. However, there is plenty of room to move the front seats forward and allow two adults to fit in the back. 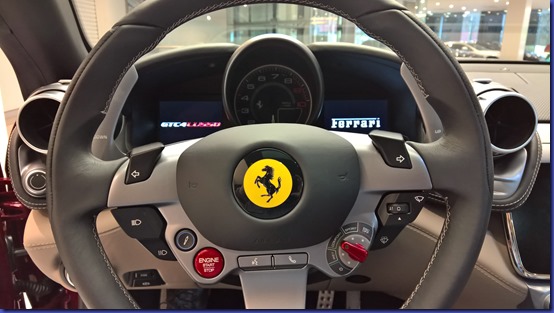 The wheel is a bit more ‘condensed’ from other models but still contains all the major controls you’ll need to pilot it. 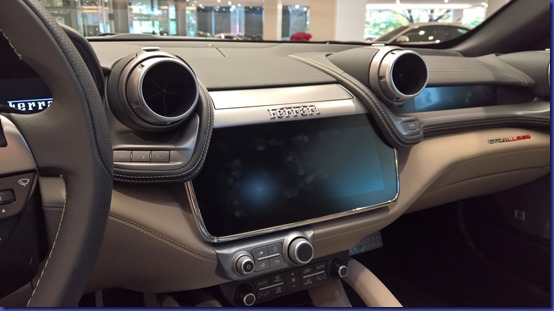 The info-tainment system has had a major upgrade and includes a much larger screen and additional functionality. The styling accommodates it nicely between driver and passenger. 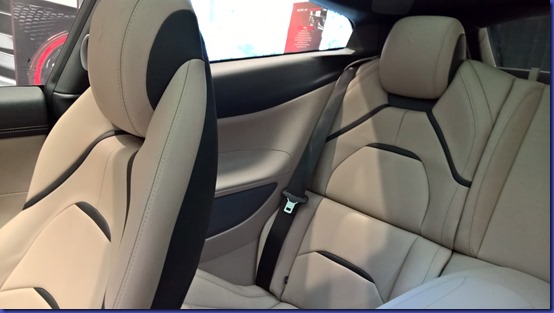 Personally, I really like the interior styling, especially the seats. The cabin is certainly a very nice place to be. 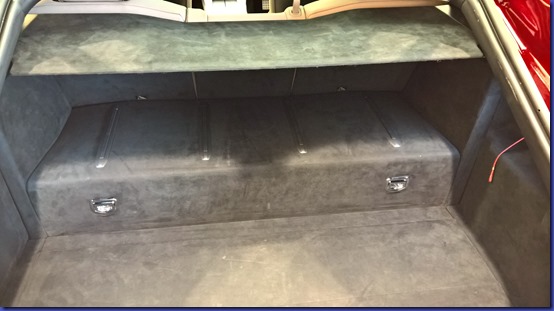 The key element of the GTC4Lusson and the FF before it, is that it can function as a ‘normal’ car allowing luggage to be easily loaded into the back. The aim of this car is to make it more an every day or touring car rather than a freeway barnstormer Although with its V12 it can also easily be that). 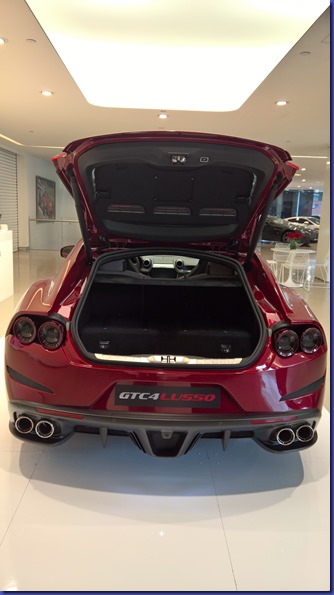 You can certainly fit plenty of travelling bags or even luggage for a trip in the rear, which you can’t with most other models. 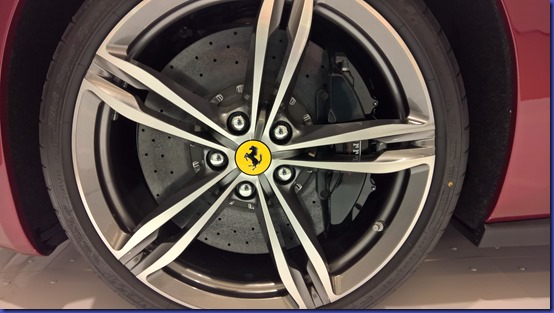 Up front of course you get the V12 power plant and performance you’d expect from a Ferrari, which no doubt makes driving it something special.

Although the GTC4Lusso is not the most ‘beautiful’ Ferrari, and divides many purists when it comes to looks, it is perhaps the most practical to run as an everyday car or a car for long trips where you need to take more than your wallet. You get the blistering performance of that V12 with all the refinement and practically of an upmarket tourer.

So, if you want a Ferrari you can drive everyday and use as your daily drive, the GTC4Lusso is probably it! 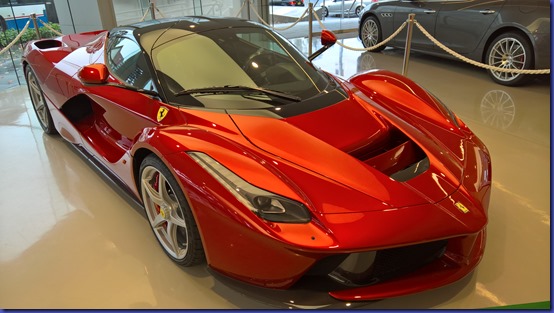 Of course the GTC4Lusso was not the only piece of eye candy that was on offer. A La Ferrari also graced the showroom floor, 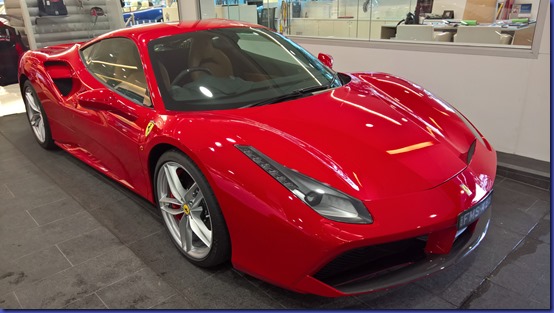 along with a 488GTB, which the car I’ll soon be behind at Maranello on the Corso Pilota. Can’t wait!