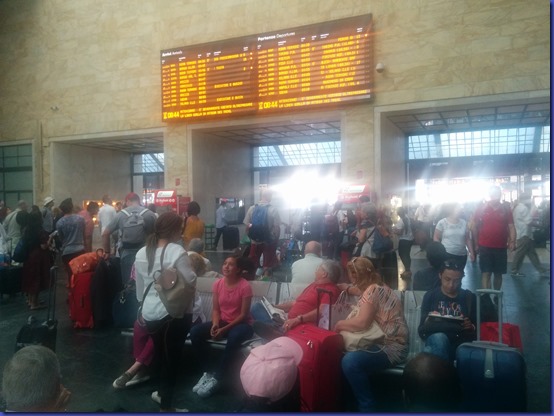 My day started with the tourist ‘cage match’ that is Florence railway station where I waited to board my first train to Bologna, where I would then change to the train to Modena.

I was a bit puzzled when the arrival platform for my Bologna train had not appeared on the board. Stupidly, I had been looking at the ‘delayed by’ column not the platform column. D’Oh. I grabbed my bags and headed towards the platform, still with plenty of time up my sleeve.

I doubled checked the screens on the platform and only had to wait a few moments until my high speed ride arrived. Now, Italian rail carriages for high speed trains are numbered, typically one through eleven (plus an engine at either end). I had booked a ride in the business/first class section which meant my carriage was going to either be really, really close or really, really far away.

Having lost today’s lucky carriage draw, I hustled to the other end of the platform to board the right carriage and find my ‘executive’ seat for the thirty minute or so trip to Bologna.

Upon arriving at Bologna Centrale I had about twenty minutes to find my connecting regional train to Modena. The intercity trains are at the lower levels of this rather large station, while the traditional regional ones are above at ground level. To add further complications, there are also east and west platforms with the same numbering. In my case, I was heading for platform one, west.

Thanks to good signage, it wasn’t too hard to find the right platform and I jumped on board. Whoopsie. Forgot that for this regional train I’m in second class not first. Off the train again. Some more hustle. On the train again in second class where I’m meant to be. I hoisted my main bag up into the overhead racks, tucked my other bag under my legs as I settle back for the thirty minute or so ride to Modena.

Upon arriving at Modena I was surprised at the number of people not only alighting but also milling around on the platform. I thought this was a sleepy little village! Obviously not. I joined the crowd leaving the train.

I exited the station and was pleased to find my car service waiting for me. There’s nothing better to boost your ego that sliding into the back of a big black BMW while the driver takes care of your bags. No simple taxi for me. No sir-ee. 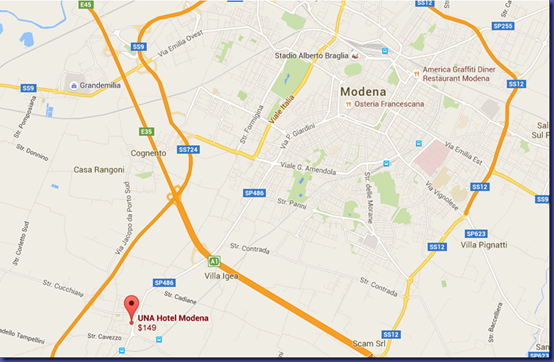 My accommodation for the next few days is Hotel Una, halfway between Modena and Maranello.

I attempted to pay for my transfer using my credit card but needed some help in ‘authorising’ the payment. Basically I needed to use the driver’s iPhone screen for the charge, ‘signing’ with my finger. Ah ha, no tap and pay or swipe here. Ah, I get it now. He accepted the payment, even though it looked more like a daffodil on the screen than my signature. Transaction complete none the less.

The news was also good when I checked into reception that they were expecting me (you never know now do you?) and had a room for me. Best of all, it included WiFi. Praise the Lord. Where would we be without WiFi!

Interestingly, here’s a summary of what is required by the hotel, and I quote:

“Dear Guest, in the hotel industry an Italian law regulates the usage of internet access provided by a company and prohibits anonymous usage. Therefore the company has to acquire your personal data and keep it within a register.

The communication of your personal data is mandatory. Without the acquirement of your data the usage of the internet is not allowed.

Your personal data will be processes by an officer (licencee) of the company and its representative, the information will be kept confidential.

In reference to the data collected mentioned above you have the rights mentioned in article 7 of the Italian privacy law”.

Each device you use that connects to the internet has a unique login and password so it can be identified. Not a huge issue (as I can go full stealth if I need to), but interesting to note this is the first time I have seen this throughout my travels in Italy. 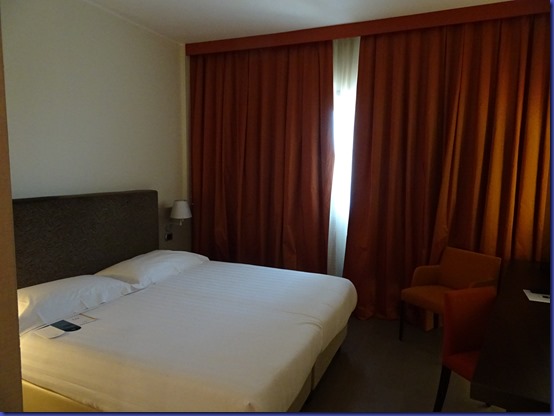 The room is quite nice as you can see. 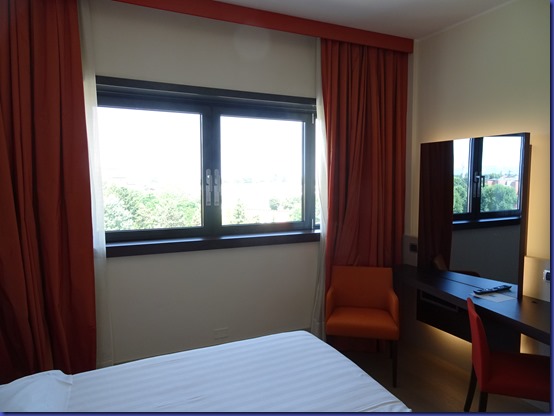 and importantly contains a safe as well air conditioning you can manually set to be as cool as you want. FINALLY! I will be testing the lower limits to see how low it can actually go. 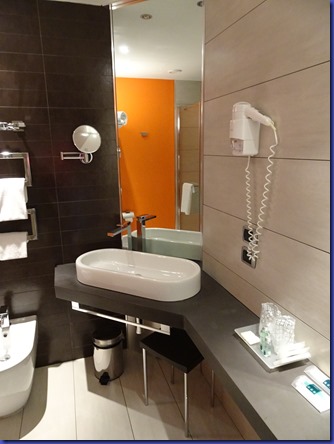 The bathroom is also quite modern. The only thing that was lacking was an ironing board but I got reception to deliver one to me so I can look less ruffled for the week. You wanna make a good impression and all now don’t you? Not having ruffled and creased clothes helps. 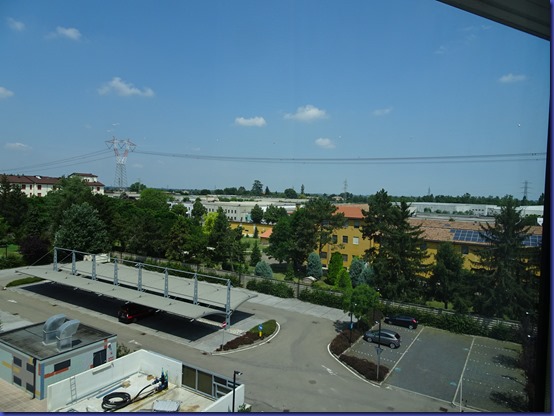 The view from the room is not exactly what you’d call ‘picturesque’ but hey, I’m not here to look out of hotel windows! 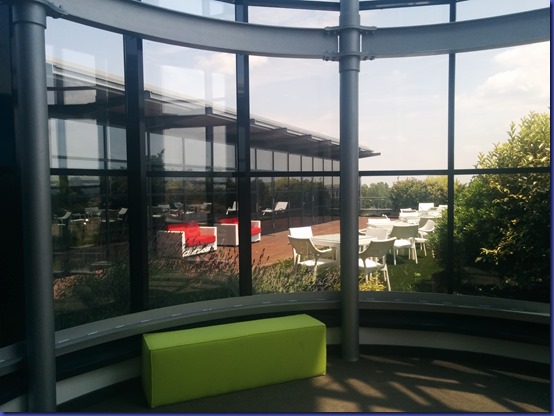 My initial plans were to rush back to Modena and catch some of the traditional sites but as soon as I discovered I could set my air conditioning to being as cold as I wanted, that put and end to that idea. Instead I took a showered and headed downstairs for a late pasta lunch and coffee. That being just as ‘touristy’ I figure.

On the same floor as my room is the ‘wellness’ centre (i.e. corporate speak for gym), but it also has a nice balcony overlooking the surrounding area and seems like a good place to while away the evening once the Italia summer sun gets turned down a notch or two.

So I’m now settling in, doing the chores (i.e. ironing) and watching Top Gear in Italian. What a life eh? Tomorrow is my my Ferrari owners factory tour following by the Ferrari museums and everything else Ferrari. Stay tuned, because there will be lots of photos!