The day started early with a wake up call around 7am. 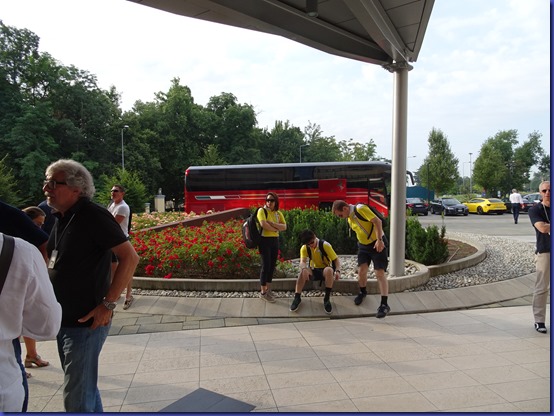 We all then jumped on the provided bus for the short trip to Maranello and the Fiorano circuit. I won’t lie to you that there were butterflies in my stomach as well as good deal of anticipation of the days ahead. 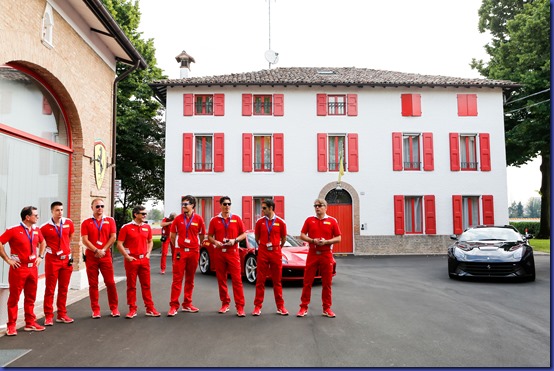 Upon at arrival at Fiorano we had our identities checked at the gate before proceeding inside the complex.

After unloading from the bus we where directed towards the buildings in front of us. Outside, arrayed before us, was all our instructors as well as the cars we would be driving (488’s and F12’s). 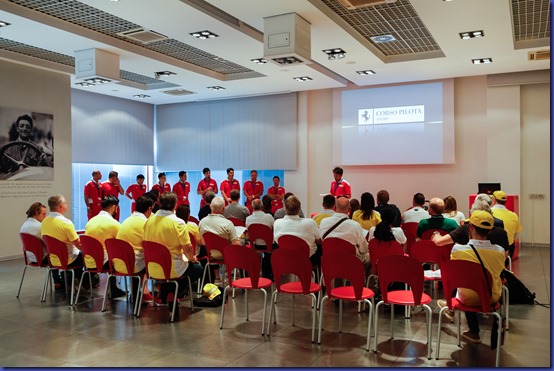 We then received a briefing outlining the two upcoming days and what to expect. We also received some theory on the aspects of how to quick and smooth around a circuit. 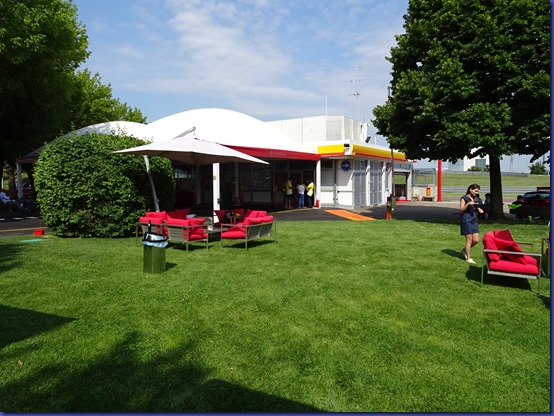 From there it was off to the cars where we had been divided into four groups, each assigned two instructors that would stay with us through out the course. 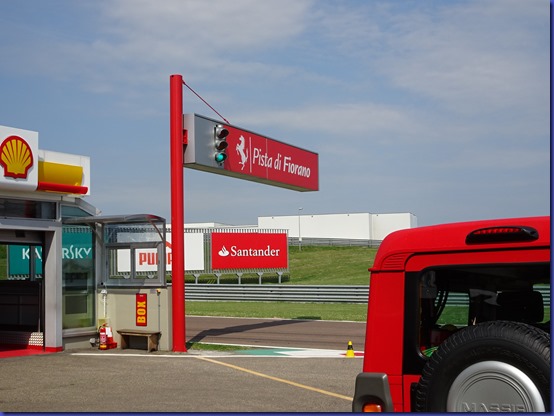 We donned our helmets and awaited our turn behind the wheel for our inaugural laps.

Our first experience of the Fiorano track was from the passengers seat as the instructor took us around in each of the cars (F12 and 488GTB) to give us an idea of the layout. At each corner there were turning points and apexes marked with cones to give us a better idea of how we should be approaching each corner. It was also good to get a feel of how these cars can motor when in the hands of professionals.

My first session was in an F12 and I’m not afraid to tell you that I found this car extremely intimidating to drive. The power this thing has is phenomenal, however not only did I have the challenge of never driving something with this much grunt but also it was my first time driving a paddle shift as well as driving from the left side of the car. 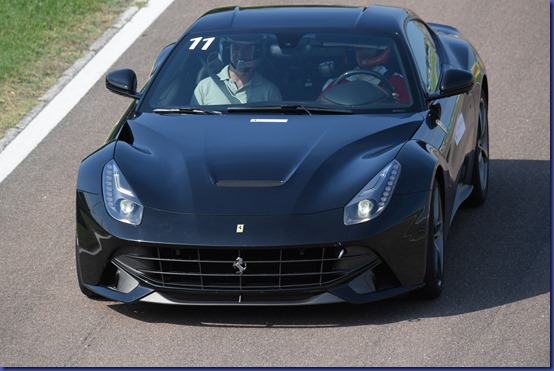 For my first driving session I left the car in ‘auto’ (i.e. allow edit to change the gears) and launched onto the track. It was soon apparent that I was in for a lot of learning over the next two days. My biggest problem was that I was not breaking hard enough initially into a corner. The normal technique used when driving a daily is to start lightly on the brakes and increase pressure. Here the opposite applies, you need to be hard on the brakes straight away and then release as you approach the turning point. It was going to be something I would constantly battle for two days.

I was glad to get my first driving session out of the way to overcome some of the jitters. The F12 was going to be a hard car to drive smoothly on the circuit, but boy oh boy can that thing motor! Put your foot down and it just takes off. However, driving on a circuit quickly is more than just putting the boot in, it is all about being smooth and flowing from corner to corner at speed. This was going to be hard to do in the F12, especially given my limitations. 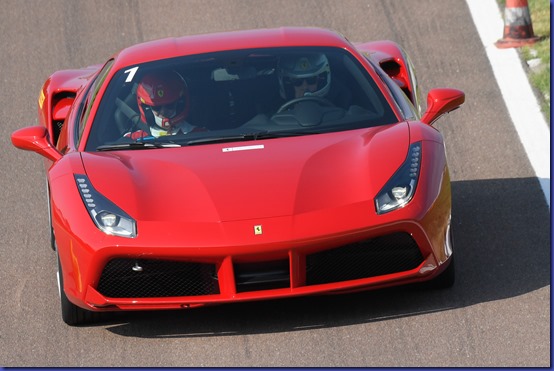 My next ride was in the 488GTB and oh boy what a different car this to the F12. I personally found this so much easier to drive. Of course it is a completely different configuration, mid-engined, turbo charged, lighter and lower. The difference for me was stark.

I still struggled with the same braking issue as before but I felt much better after doing a few laps in the 488GTB.

The session continued with our group rotating through both cars in sequence. Basically, we each got a few laps with the instructor next to us guiding us through the turning, braking and lines. It is amazing a how tired you get when you do a track day. Clearly, it is heightened level of concentration as well as the fear of the unknown here that really takes it out of you and all that was just before lunch time!