It is the time of the year when the F355 needs to go off to Sal at Racing Red for its annual service and registration check.

Luckily there wasn’t a huge amount that I could think of that needed attention. However, as always there were a few things.

The first issue was the oil pressure readings. A while back they had started to bounce around, sometimes getting up to the maximum of 10 which is always cause for concern. Normally, this is an indication that the actual connection to the gauge is loose. However, after checking no fault was found.

There is still an issue with the ride height on the right side. It is more evident on the front drivers side than at the rear. The car still drives fine but it is definitely lower on that side of the car. This is more than likely because I’m the only one riding in it! The sagging issue can only really be fixed by getting the suspension springs ‘re-conditioned’. The best time to address that is probably at the next engine out.

During the last engine out, last year, it was noted that the catalytic converter linings are cracking and will start to dislodge. This will cause the exhaust to ‘rattle’ and indicate that new converters will be required. Having not happened as yet, that will be left until the ‘rattling’ starts to occur.

The most annoying thing that wasn’t working was the intermittent windscreen wiper. I honestly, thought that it was something that I was not doing but as it turned out Part #153095 Windshield wiper motor intermitter had failed. It happens on a 20+ year old car. 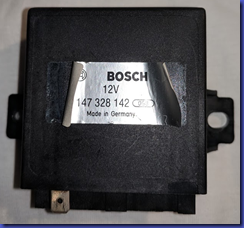 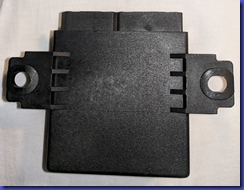 This part is located on a panel, right in front drivers nose of the car. A bit of a pain to get to. A brand new version of this would cost around $600 but I got a re-conditioned module for significantly less.

So that was everything I wanted looked at it, however while the car was on the hoist the following was discovered: 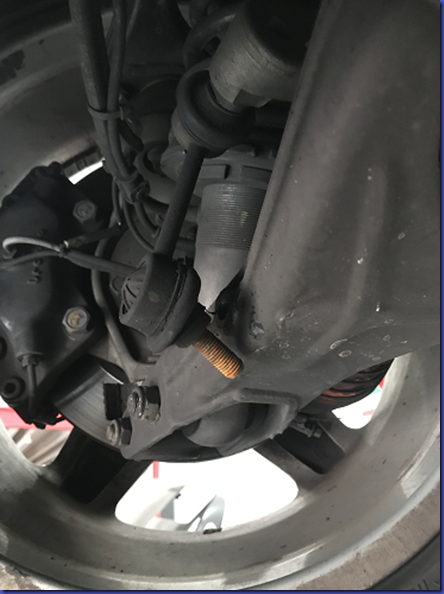 Basically, the left hand front sway drop link had come loose from the suspension fork. You can see it here: 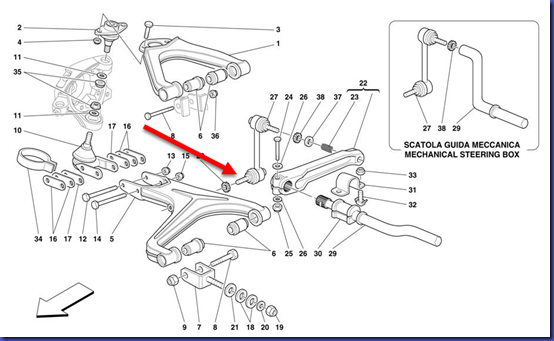 The fitting just screws into the lower fork and now a spring washer was also fitted to prevent the same thing happening again in the future. Having this loose affected the ride of the car, with it tending to roll in corners more than it should. Can’t say that I really noticed it but now that I think about it didn’t seem quite as flat during some recent runs.

To fix all of that only took Sal just over a day and I was able to pick the car up with the complete cost being around $1,600 for the lot. A bargain!

As always, there will be things that needs doing down the track but they are not urgent. The most noticeable change now means that the car starts in a blink of an eye now it has a new battery and new starter motor after a previous replacement.

Once again, big thanks to Sal from Racing Red for keeping the car in such good nick. It is very comforting to have such an experience hand to look after stuff that I can’t do.

Looking forward to another year of driving.

One thought on “Annual service time”