Oh yes it was, but let’s rewind a tad.

After clearing my garage and making a stop for fuel I headed onto the motorway for I though would be a clear run out west with next to no traffic. WRONG! I launched head long into a traffic jam. Yes, at 6.30am I was sitting in a traffic jam on the motorway! Why? Road works. Need I say more?

Now apart from being annoying, the problem was that my “5-8 Slow Down” light started flashing amongst the crawl. Then in these slow conditions I could feel it trying to cut the engine and go into limp mode. REALLY? Traffic jams and now limp mode at 6.30am! How much can a man take?

Luckily, the traffic cleared along with my “5-8” warning light as I picked up speed along the rest of the motor way. Seems like at speed (70kmph+) the warning doesn’t try and cut the engine and disappears after about 15 minutes. Still a problem I need to address as it has never actually tried to cut the engine before. Looks like I need to install a new ECU.

I managed to clear the remainder of the Sydney district and launched over the mountains via the Bells Line of Road, which is an excellent drive, especially early in the morning. I do however have to say that a 60kmph zone UP the mountain is a tad painful. You can really feel the car groaning at having to stay at such low speeds but the law, enforced by speed cameras on route, enforce that. However, 70 would be better and 80 ideal I reckon. Is that likely to happen? Nope. 50 is probably what we’ll have there soon. Sigh. The only part of the drive that I detest is the initial climb into the mountains via this route and that is because of extremely low speed limit.

After a nice drive along the scenic Bells Line of road, it wasn’t long before I reached Lithgow and hit the highway on the other side for the remainder of the trip to Bathurst. Luckily, no return of the 5-8 slow down light, which only seems to appear in the first 15 – 30 minutes of a drive.

The muster point for the Meguiar’s cars and coffee was around the back of Bathurst and as I parked the car across from pit straight I could start to feel the temperature rising. I apologised to the car for having to leave it in the baking sun but told it there would be plenty of admirers to compensate. 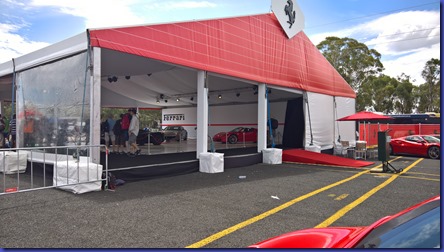 I then headed off to the spectator entrance while looking at all the displays along the way. Near the track entrance was the large Ferrari marque. 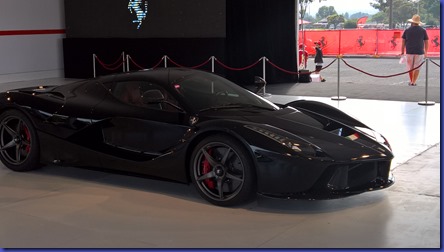 The main object of attention inside was a black La Ferrari. 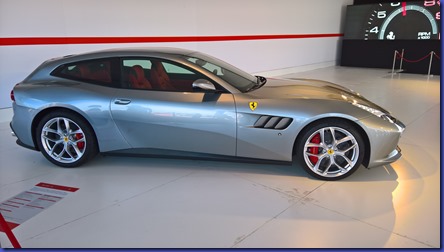 There was also a GTC4 Lusso. 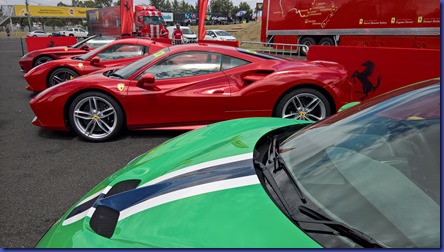 Out the side of the marque were all the Ferrari’s of owners who had opted for the Ferrari hospitality package. 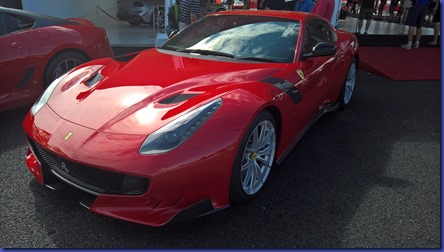 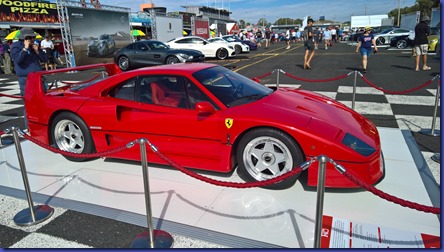 I took the foot bridge over the main straight and spent some time walking around the back of the pits before heading to the top of the stands and the bar at the top where, thanks to cars and coffee, I could enjoy VIP seating.

By now, the weather was really starting to get warm. So I stayed put, out of the sun, enjoying the big screen TV. 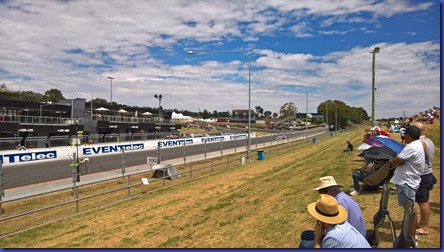 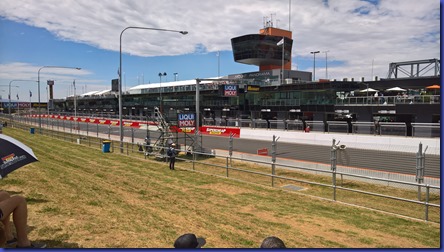 One of the other benefits of cars and coffee was that we got a parade lap. So at noon I headed back to my car and was herded for a slow (60kmph) lap of the track.

Always good to get a trip around Mt Panorama. It is only by doing a lap you appreciate how challenging it must be for drivers to do this in race conditions and in this heat. Wow, was it getting hot now.

I parked the car back again on display and did my best to protect the interior from UV damage. I again headed back to the bar above the stands to ride out the rest of the afternoon until I could depart.

At the allotted time I returned to my car and headed home. Unfortunately, I was greeted with a suspension warning light which stayed on my whole return trip, even after stopping for fuel.

Driving back with the windows down was like being in a blast furnace so I cranked up the air conditioning until it at least took the edge off the heat in the cabin and enjoyed the return trip, again taking the Bells Line of Road.

I arrived back without incident but was thoroughly exhausted by the stifling heat. This was my third trip to the 12 hour and they have all been during really hot weekends. After being burnt pretty badly the first time I have leant my lesson to be prepared. This year also helped that we had some under cover VIP seating to make the experience more bearable.

Unfortunately, the intense heat really robs me of the full enjoyment of this event I must say. Love the drive. Love the display and track time, catch up with others but man that weather. If it was just dialled back to high twenties it would make all the difference. But that wouldn’t be an Australian summer now would it? Given that Sunday was going to be even hotter than today (Saturday) I decided to give that a miss and watch the event from home, in front of the TV with the A/C blasting away making things bearable.

Oh and Ferrari won the race as well. Whatta you know about that? Was a great race as well if you missed it.