The last day of our Targa adventure started even earlier than before. We needed to be up super early to pack, checkout, have breakfast and then head to the first stage of the day which was about 40 minutes away.

I gotta say, that by this stage I was beginning to run out of steam. A full day’s driving, followed by dinner and early morning starts where not really providing the ability to be as fresh as these Tasmanian mornings.

None the less, with our luggage stashed in the support van, we completed our final briefing and breathalyser before heading onto the suburban streets for the drive to the first stage, Cethana. 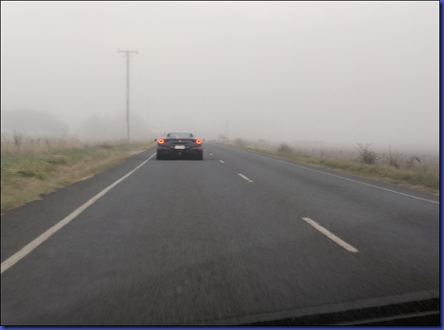 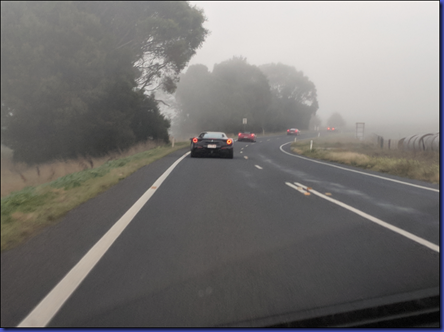 During our trek we were greeted with some early morning fog that made the experience somewhat eerie as you can see from the above shots. Ferrari’s in the mist if you like.

Cethana, is quite a long stage by Targa standards at 40kms.

Our next stage, Castra, about 20 minutes away but would start off quite differently than all our other stages. Why? Well, we were greeted by about 5 kilometres of loose gravel as we climbed up the mountain.

There is nothing worse than the sound of stones constantly peppering a Ferrari as you will see when you watch the above video. Cringe-worthy to say the least.

At one point a stone appears to have gotten lodged in the brake calliper, so that during braking there was an awful grinding sound, which we didn’t appreciate exactly what it was at first. Luckily, the stone came loose not long after and there was no damage to the car and especially not to the carbon ceramic disks!

We continued along and completed the stage without further incident.

Gunns Plains was our next stage about 10 minutes away. This was a stage of about 15 kilometres. 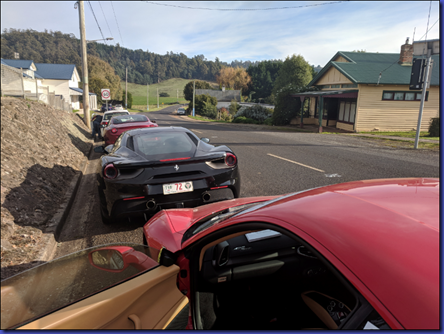 From there it was only 5 minutes to probably the best stage of the day, Riana. 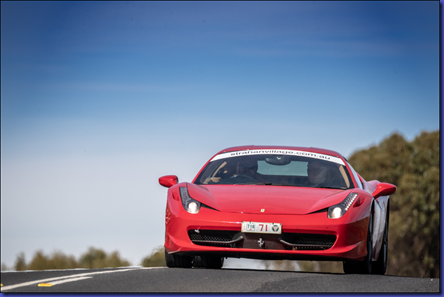 Riana is quite long at 36 kilometres and allows you to really get up some speed. 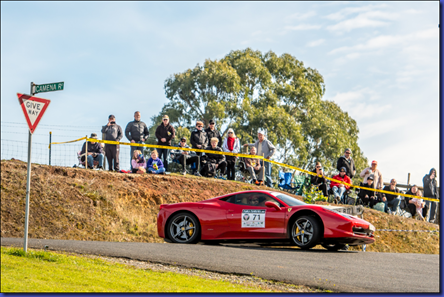 It has some long straights, sweeping bends and some tight turns that were all filled with spectators.

The above video gives you an idea of what being in the passenger’s seat was like. I gotta admit that I really like the sound track that accompanies these videos. Nothing beats the sound of a screaming 458 powerplant.

Riana was to be our last Targa stage. We headed to Burnie to regroup and grab some refreshments. Unfortunately, we also probably over whelmed the local coffee shop with a sudden rush of orders from a caravan of cars and caffeine deprived occupants.

We headed off to our next stop which was to be the car collection of Chas Kelly. 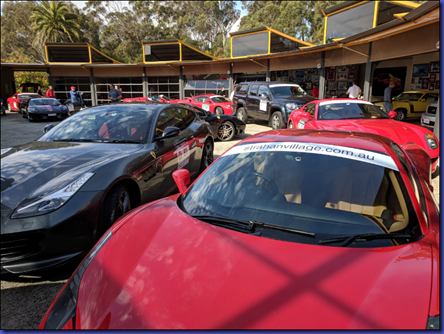 We parked up in the entrance way and had a tour of the cars he has on display there including an Ferrari F40 that Chas actually complete in Targa with (and crashed! Ouch). 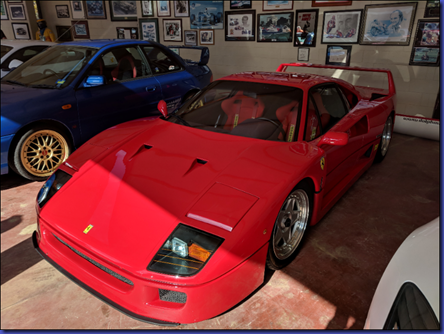 Chas then took us to his ‘shed’ to see the remainder of his collection. 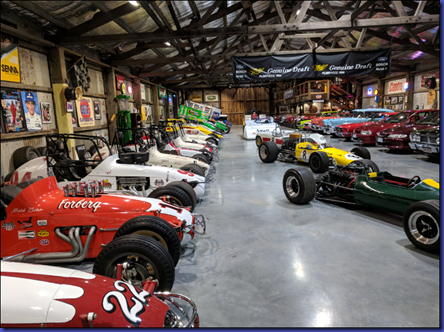 As you can see from the pictures, the collection in here is AMAZING! This is what I call a REAL man cave. 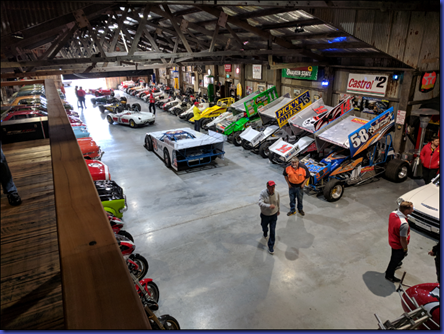 It was clear that it was going to be tough to drag everyone away from the collection but the time did eventually come that we needed to head off to our afternoon stop.

Not far away was a local winery where we spent the rest of the afternoon sharing all the experiences we’d enjoyed over the last few days. Many were already starting to plan their return next year. Here I managed to score the prized ‘chunder’ award for being the closest to actually throwing up (I will however point that I didn’t actually, but I did go close). My prize? A set of plastic raincoats ready for the next time on Targa. Other prizes were also awarded to worthy participants.

As the sun began to set, we headed back to the Devonport ferry terminal for the return trip to the mainland. As we were ending our journey before the end of the Targa proper, the ferry was much less crowded and luckily the weather was much friendly. This meant, that we could at least get some sleep without the massive swells we experienced on the journey over.

We sat around the upper deck and enjoyed some finger food and drinks before calling it a night and heading back to the cabins.

Before we knew it, were had arrived back in Melbourne and rolled onto the mainland to commence our journey home. We rendezvoused for the last time before going our own ways back home. Some headed to the airport, others the open road. I returned with the land convoy back up the Hume Highway for the long drive back, which was completed without incident.

We were all tired and keen to get home but glad we had come to Targa Tasmania. 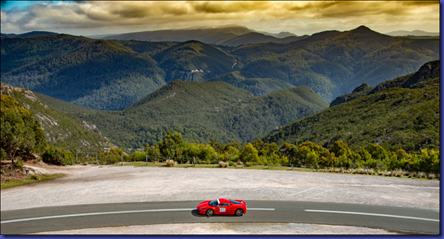 So now it’s all done and dusted, and I’ve had a while to reflect, what are my thoughts? It was an amazing experience on the road as much as with a group of fellow car enthusiasts. Our accommodation was brilliant, the roads and scenery were amazing and the laughs we had were priceless.

Although I didn’t bring a car I did get to drive a number of Ferrari’s during the trip, which is always special. I will readily admit that I don’t like being a passenger in a car at any time but probably more so at speed. There was never any doubt about my driver’s or the car’s ability but I’d rather be behind the wheel rather than in the passenger’s seat I will happily admit.

Would I come back? If I did, I certainly wouldn’t bring the F355. Why? Being a manual car, without lots of driver aids (like say traction control), it would certainly be hard work driving and I am the first to admit that I don’t have the ability or experience to drive the roads we were on at the speed we were going in my car. However, if I was driving a 458, it would be a different story.

Probably the biggest takeaway for me was simply the added respect I gained for the 458. It eat up every stage with ease and never missed a beat. It is amazingly quick but it’s control, poise and braking ability is something you simply don’t appreciate until you experience it for yourself.

As much fun as the driving was I feel that the real highlight of the event was simply being part of a group of enthusiastic car owners who were part of the special experience that is Targa Tasmania. This is such a unique event, so well supported by the locals and enjoyed by everyone I hope it continues well into the future.

There we go, Targa Tasmania done and dusted in a Ferrari.

One thought on “Targa Tasmania–Day 4”