After a restless night in the motel in Yass I headed off before the others to grab some food at the services centre just on the entrance to freeway. 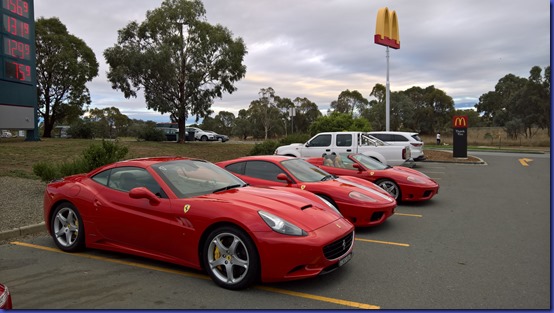 I was soon joined by the others for a ‘fast food’ breakfast at the golden arches. We were also soon joined by a contingent of additional cars who had made their way from Canberra. Our little party was beginning to swell. 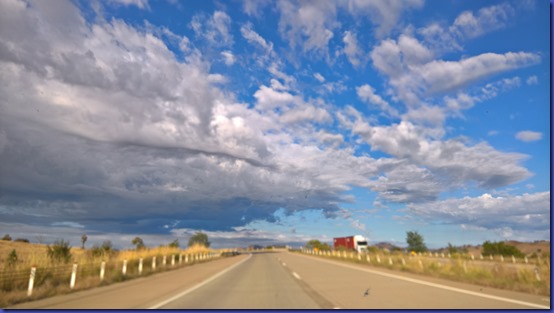 We then hit the road to our first stop at another service centre just outside of Holbrooke. The weather was sunny but with an array of different cloud formation. That combined with the scenic nature of the back drop made for very relaxing driving. 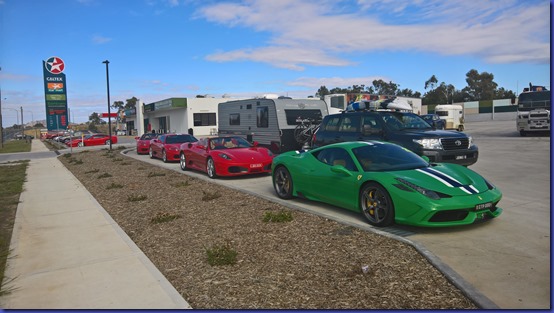 At Hoolbrooke we pulled over and topped up our tanks and had a bite to eat. The full array of cars parked nearby not unexpectedly drew a lot of attention. 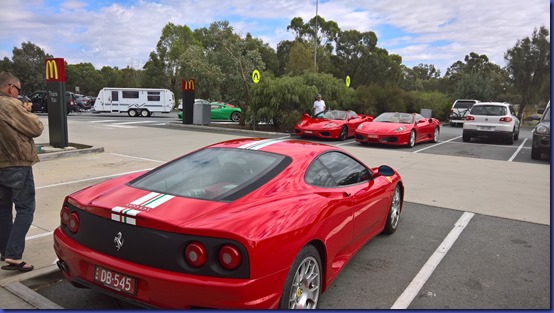 Just outside Euroa in Victoria we pulled off again for the planned final stop before Melbourne, Mc Donalds again! I’ve never had so much in a single day. That won’t go down well I’m sure. 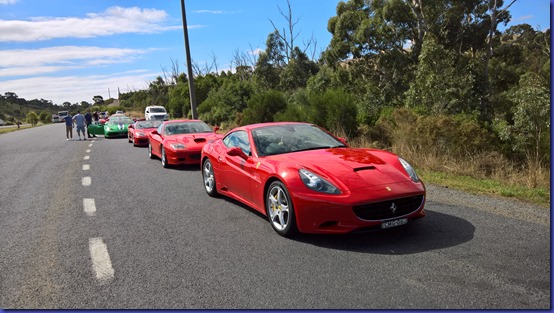 After our break and refuelling we again hit the road for the final leg. Although the drive wasn’t unpleasant, it had been a long day and I was very much looking forward to arriving at the hotel.

As per usual, after setting off, all the Ferraris took off and left me for dead. So I set the cruise control at the speed limit and continued to trundle along.

After a little while, I unexpectedly saw all the cars pulled over in a rest stop, so I quickly did the same. No issues, just a drive change it seemed. After verifying that fact, I jumped back in my car and headed towards Melbourne.

This is where things went a bit pear shaped for me. Being the first car into the Melbourne, I had no real option but to follow my GPS, which proceeded to take me on a merry dance through the back streets of Melbourne. It felt like I was constantly stuck in traffic and at every set of lights along the way. Painful.

With my error now understood, I reset the Sat Nav to head for the right location. This now meant a drive through the centre of Melbourne in peak hour. Oh the joy. I am so glad I didn’t bring the F355! I would have been really frantic by now.

As I approached the right hotel, I found my self in a side lane which meant I couldn’t turn right towards my intended final destination. Damm you Melbourne. I now had to circle the block so I could get to where I wanted.

Finally, I had arrived but I need to find the location of the car park. I quickly parked and asked the staff were I needed to go. I was directly ‘around the corner and down the ramp’. It seems like this journey will never end! 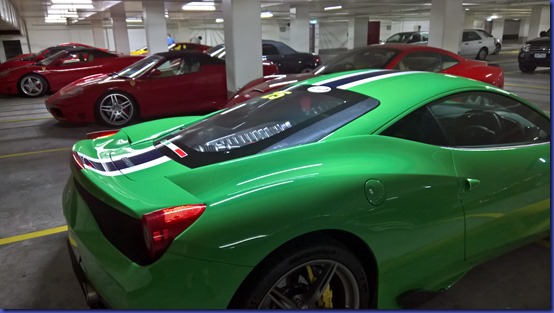 However, it wasn’t much further and I found a familiar set of cars down there so I knew I was in the right place.

I checked in and cleaned myself up after my road trip. When I went back down stairs to grab some stuff from the car I found some people ‘refreshing’ their cars to get all the road grim off. Strangely enough, I can understand exactly how their feel. 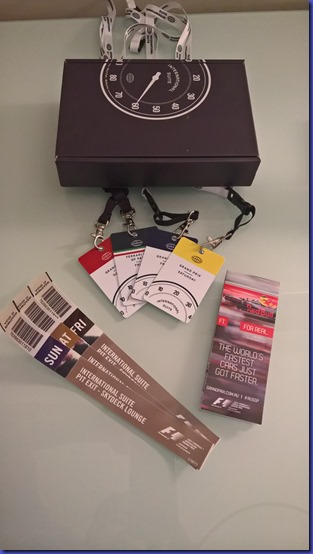 We then headed over to Gate 1, on the other side of the track to pick up our ‘accreditation’ material to actually get into to the event for the next few days. After this we had an excellent Italian meal to end of a tiring, at times frustrating and confusing but fun and different day.