I decided that I didn’t want to take the F355 on the trip to the Australian F1 Grand Prix in Melbourne for a number of reasons. Firstly, it is a pretty long and boring drive. Secondly in a car without cruise control, the 6 hours each way would be physical torture, especially on my hip. Finally, although a few parade laps were on offer, the majority of time for the car would be locked away in a basement garage. So I packed up the daily drive and headed to the initial meeting spot. 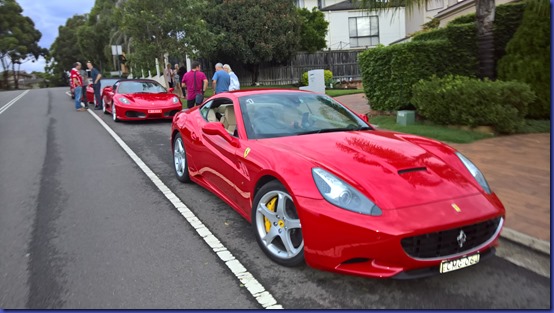 Meeting in a suburban Sydney street near the freeway entry is always going to garner some interest. In our convoy would a couple of 360s, a 430, a Californian and of course me in my ‘plain Jane’ daily drive.

Just after 7pm we hit the highway for the 3+ hour trip to our over night stop in Yass. The weather was drizzly and there was a fair amount of traffic getting out of Sydney but once we where on the road south proper, things did thin out somewhat. 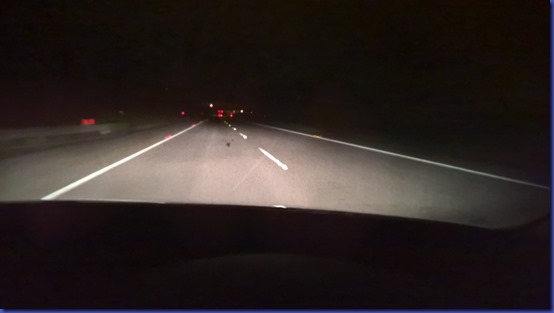 Driving long distances on the open road in the dark is very meditative I find but it is more tiring as you really need to keep your wits about you in the dark. There were a few rainy periods along the way but generally the driving was good an uneventful. 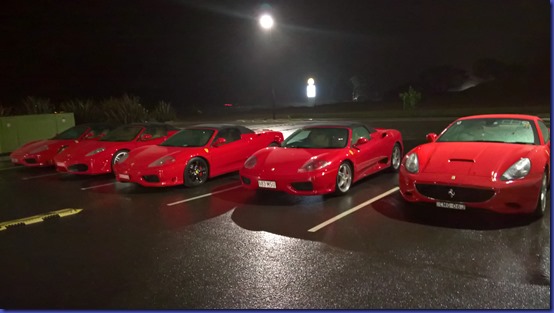 We arrived in the service centre at Sutton Forest in good order and then headed across the bridge to McDonalds for a nightcap before once again hitting the road to our overnight stop at Yass.

Most of the traffic at this time of night is large double b trucks, which thanks to cruise control, are easily overtaken. As we approached our overnight stop, I was glad that I didn’t bring the F355. I was pretty tired as it was but if I had driven the F355 I’m sure would have been a wreck and would not have enjoyed the trip given the weather and bumpiness of the road. That would have been pretty tough to take in a 20 year old car where you are only a few scant millimetres off the actual road surface!

We settled into the motel at around 10.30pm and quickly went to bed ready for an early off the and final leg to Melbourne where I’ll be looking forward to a real full size bed.