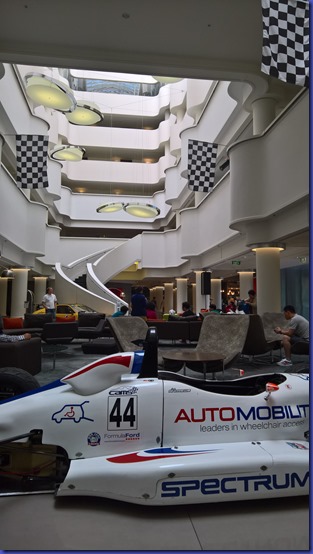 We woke to a bright blue beautiful day in Melbourne, greeted by the sounds of screaming engines across from our hotel at around 7.30am.

I wandered down to the bumper breakfast room and joined a few other members to fuel up for the day ahead. 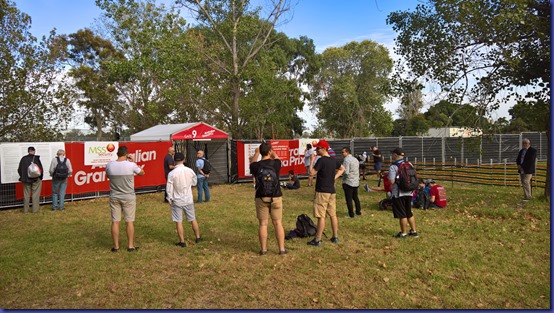 After which I headed directly across the road to wait with the others for the track to officially open at 10am. 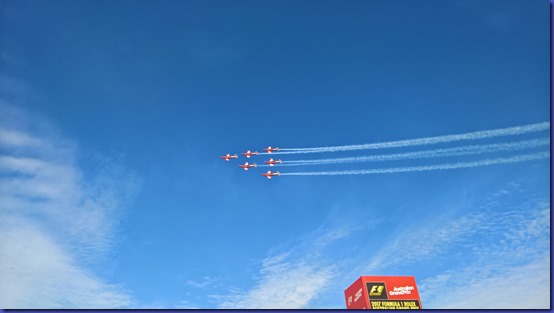 By the time I had walked across the lake the RAAF Roulettes were doing their thing in the skies above. 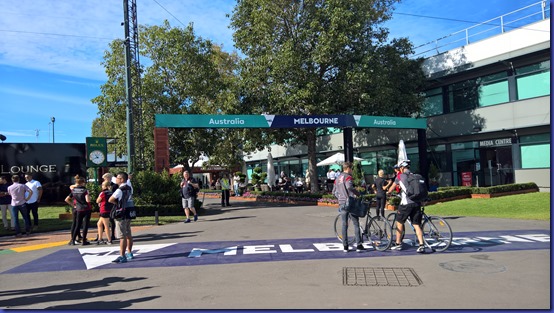 I found the Paddock Club 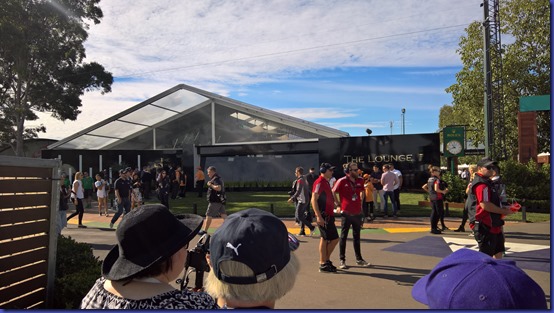 As well as the Lounge were the special ‘invite only’ cocktail party was going to be later on tonight. 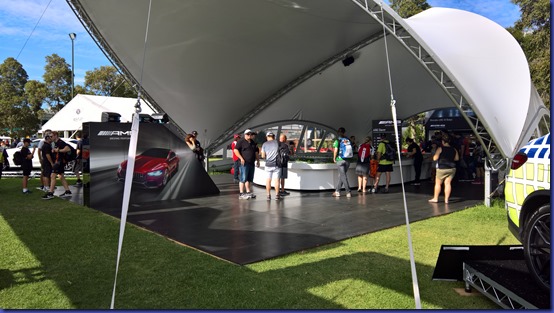 There were plenty of display by brands such as AMG Mercedes, 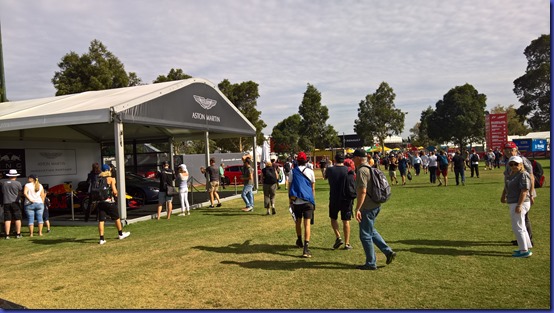 At the designated time, I headed just beyond these to the International Suite Pit Exit – Skydeck Lounge. 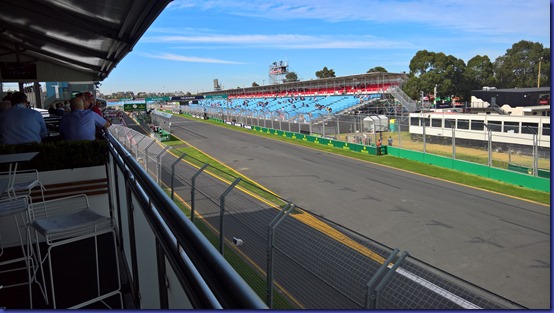 When I entered the suite I wondered why it was so empty but as it turns out, I was in the wrong suite and needed to move to the one closer to the pit exit. No problems there. 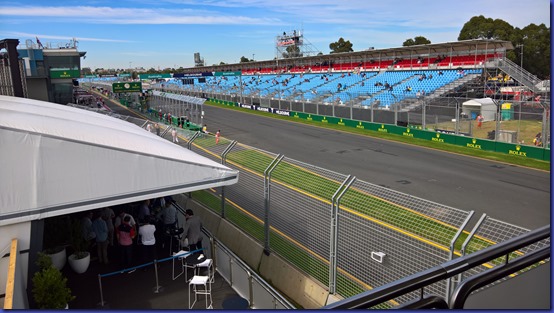 As you can see, this afforded a much better view as well as what seemed like a never ending parade of food and drink. 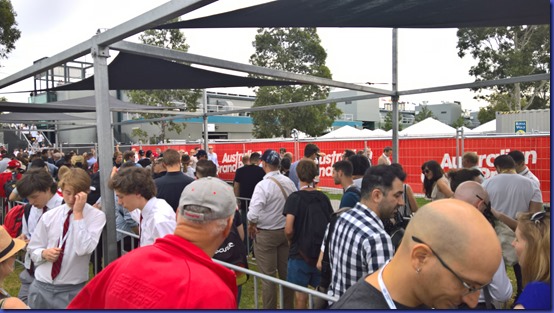 At 2pm we (I mean just about everyone at the track) lined up for a walk through the pits. 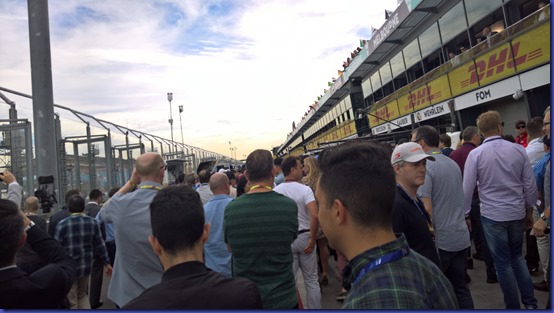 which kinda turned into a bit of a scrum. 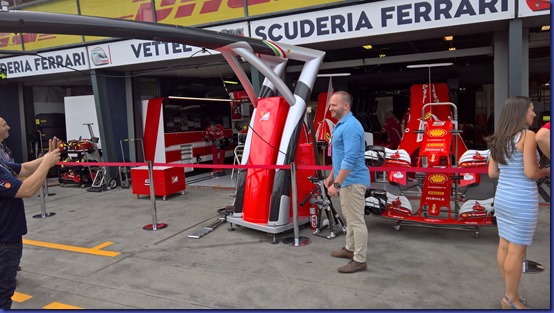 However, if you were prepared to use your elbows you could get to see what you wanted. 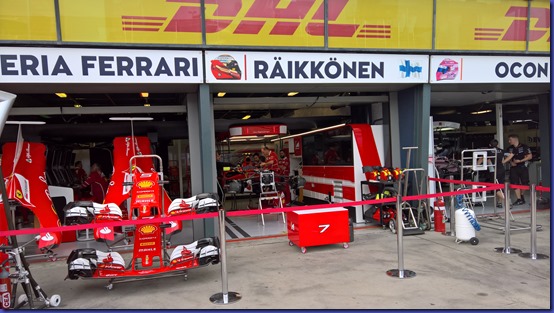 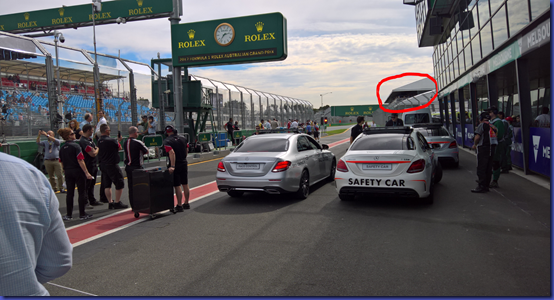 As you can see, our suite is only a stone’s throw from pit lane. 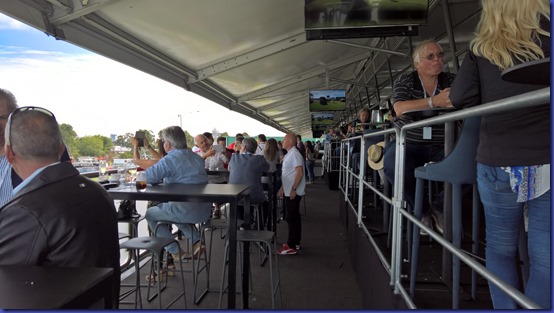 Back at the suite, we continued to enjoy endless munchies and beverages, 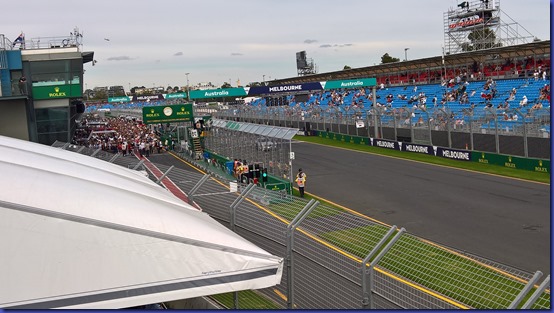 with exceptional views of the track. 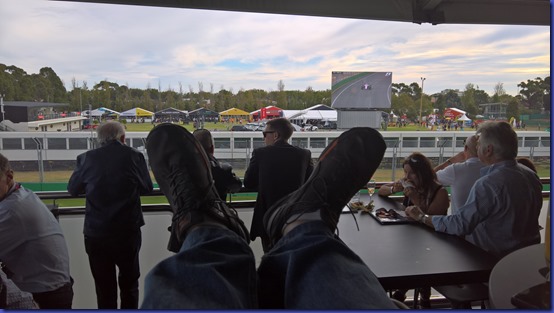 It wasn’t a bad way to spend an afternoon at all! 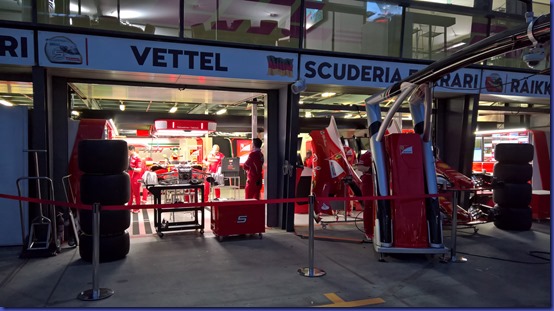 That evenings entertainment consisted of returning to the track for another pit walk. All the teams were busy in their pits furiously working on the cars. 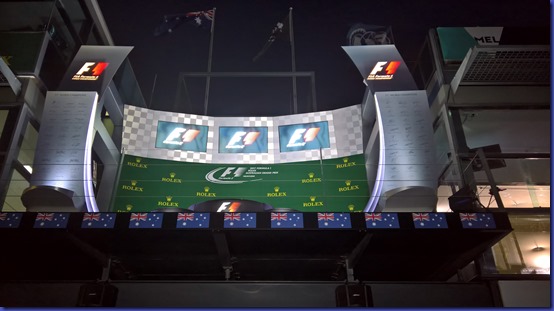 It was now time to head off to the final entertainment for the night, a special cocktail party inside the paddock club. 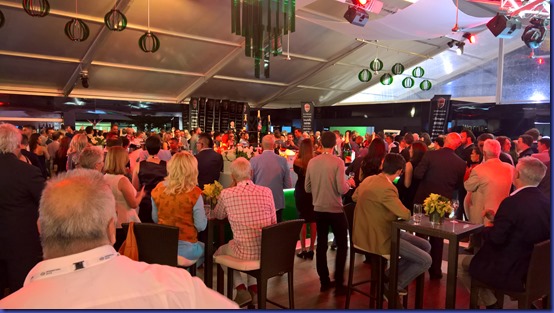 As you can see, the place was pretty packed and the music a bit loud for my liking but we were also treated to some special guest, the main one was Sir Jackie Stewart who auctioned off a number of his photos and a winners trophy for his dementia charity.

A great day at the Australian Grand Prix. Lots to see and do. Tomorrow will be even better with a Ferrari cavalcade first thing around the track. I now just need to find a ride.