Well, I headed down to Melbourne again for the Australian F1 GP. Unlike last year, I was already in Melbourne for work so I just came along to the track rather than driving down in convoy like last year. The stand was in the same location as last year, right over pit exit as you can see above.

Managed to also do a pit walk in the heat and capture some video of the experience that it is for you so you get an idea of what a scrum it is.

Friday was bright and very, very hot, much of which I copped walking back to my accommodation at the end of the day, which was about a 30 minute walk from the track. By the time I got back, and after a hard week of work, I was pretty knackered, so I decided to go to bed early and give the planned cocktail party a miss.

I awoke on Saturday to a very different Melbourne, overcast and windy. I again headed off to the track and about 15 minutes away the heavens opened and it bucketed down. Not having any rain protection I didn’t have much choice but continue my journey to the suite to dry off there after having been thoroughly rinsed. 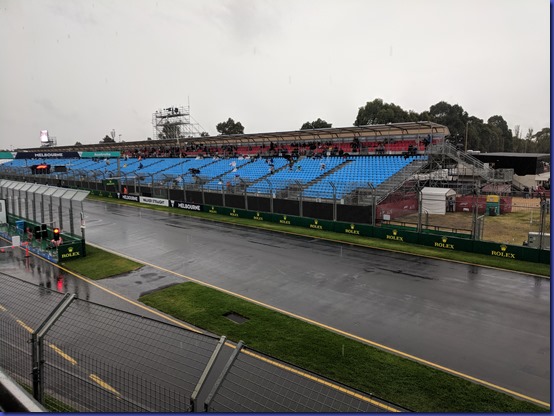 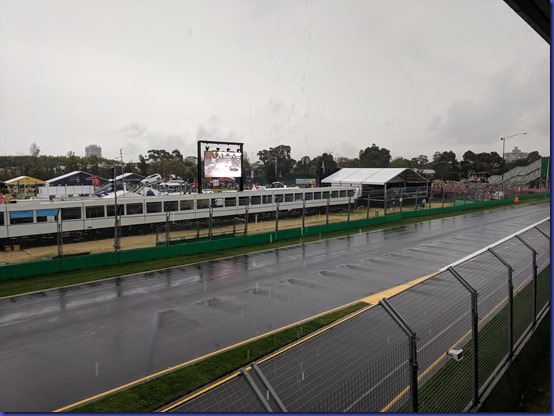 The heavy rain continued for most of the day but started to clear by the afternoon, to once hot and sunny skies. Typical Melbourne as they say. 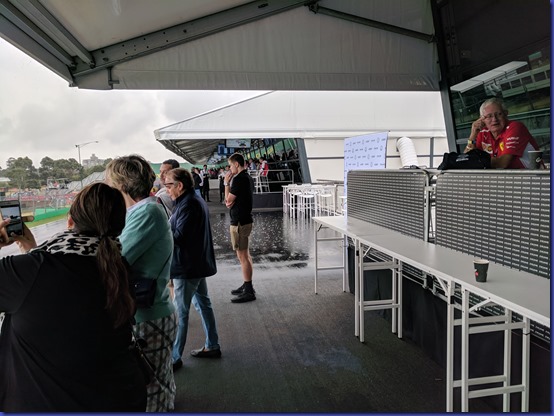 The suite this year was much large and was really a combination of two suites. There was much more space to view the racing and best spot was again on the chairs at the back on the elevated platform. Food and drink was regularly forthcoming so there was no real need to move.

Those that had brought their cars for the vent also got some track time but it was in very, very wet conditions so speeds had to be kept well down. Still, when else do you get the opportunity to drive around an F1 track in your own car? Even in the rain, it is something special. 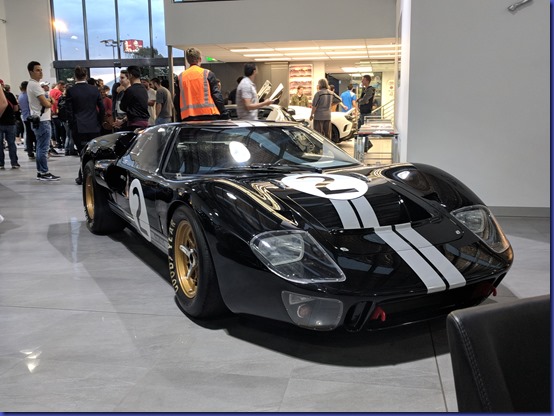 That night I headed over with a few others to Lorbek Luxury Cars for a meet up with YouTuber Shmee150. Of course, there were also plenty of night cars to look at.

We finished the night with a nice Italian dinner, ready for race day.

Still overcast, race day was full of the usual excitement and enjoyment. Unfortunately I had to leave early to fly home but we got the right result at the end.

I’ll be back down south next month for Targa Tasmania, which is going to be a week of driving through some magic scenery along some amazing roads. Can’t wait.